Yeah, I haven't blogged in over a month, so I come bearing e-book reviews.

In my defense, it's been a busy month. In addition to all the personal and holiday-related stuff, I've given two interviews, designed another author's web site, and wrote a book (dropping in March - SHAMELESS!)

But anyways, gather around children, here are some e-books you definitely need to read: 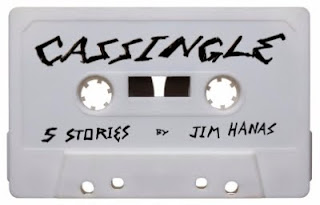 Cassingle is a collection of five shorts that previously appeared in print and have been given a second life as an e-book. There are several reasons I'm interested in Jim's work, not least of which is that this is a trend I expect to see a lot more of in the future as e-publishing picks up the slack on works that traditional print publishing just don't know what to do with anymore as they ham-handedly struggle to adapt to the colossal tectonic shifts in the marketplace.

But aside from that, Jim writes the kind of stories that sneak up on you. Unassuming at first, they don't fire out of the gate with a lot of fanfare and bluster. They are simple stories, elegantly told, that stay with you long after you've put them down. My personal favorite is "July 4: Easter", which deftly manages to weave together issues of love, relationship power dynamics, guilt, vindictiveness, tradition, and ceremony.

The other reason I have a lot of time for Jim's work, though, is the way he's been successfully able to use new media to market his work. During the "release week" of Cassingle, he essentially turned his Encyclopedia Hanasania blog into a DVD supplement disc, giving behind-the-scenes looks at the germination of the stories, like an author's commentary. He also released an audio version of the story "Nose" set to musical accompaniment, and used Google Maps to enhance the "The Arab Bank", set in Cannes. This is an example of how, when done right, e-publishing can give the reader an immersive and unique experience that you couldn't get with traditional print.

Get the book free at Feedbooks. 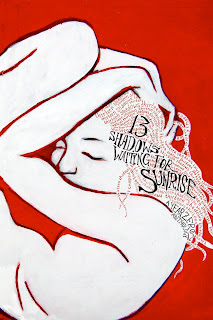 This is the second anthology from the Year Zero Writers Collective, and even though I've already plugged them in this blog, I really felt like they stepped up their game so much for the new collection that I had to give them props again. This is DIY done right, YZW consistently produces the most consistently groundbreaking and challenging independent fiction out there, and then markets it a relentlessly, drawing on each member's talents and resources. This is the kind of stuff most mainstream publishers have neither the desire to create nor the know-how to market.

As varied and divergent as the individual offerings are, they are organized around a single unifying concept: pain. And make no mistake about it, this is not light, feel-good reading for a lazy afternoon. Nor, at the same time, is it hollow, superficial emo posturing. These pieces represent challenging, multi-layered explorations of those dark corners of the mind where our fears, our insecurities, our guilt, and our prejudices hide. They force us to stare down those aspects of the human condition we'd rather not think about, to dwell on them, let them linger in our thoughts. Because ultimately, if we do not own up to our demons, then we let our demons own us.

Not content with just being great authors, however, the YZW gang are also savvy self-promoters. They're doing a tour of live readings in support of Shadows, which somehow still seems to have several dates in England and none in California, despite the obvious meteorological folly in this. Check out the trailer by Daisy Anne Gree, which is one of the most sincerely chilling fucking things I've seen in a while. Oh, and the cover by Sarah Melville is stunningly gorgeous, but then I don't have to tell you that, just look at the thing.

29 JOBS AND A MILLION LIES 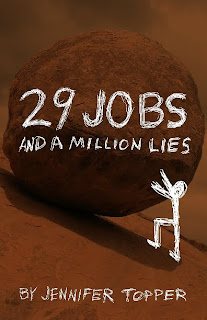 29 Jobs is a solo offering from YZW member Jenn Topper - not fiction, but rather a memoir of Jenn's experiences as a twenty-something Gen Xer struggling to find meaningful and gainful employment in 1990s America. What makes it special is Jenn's brutal honesty and willingness to analyze her own missteps, turning a simple, personal story into something much more universal and engaging.

The style is direct, clean, and imminently readable. Jenn infuses the prose with a casual, self-deprecatory humor that pulls the reader in as a co-conspirator in the hijinx rather than just a passive observer.

oh what a glorious review of 29 Jobs! dahling, i can't thank you enough for liking it. ok that makes no sense. but thank you equally for reviewing it [favorably].

you are awesome, as always.